From Australian national treasures to French impressionists, the Rainbow Serpent to generations of royals, there is a plethora of amazing art on show this year across the country.

If you’re a portrait person, there’s work by contemporary Australian painter Ben Quilty as well as a special exhibition of portraits of the Royal Family dating back to the 16th century. And don’t forget the Archibald Prize – always a favourite.

Fans of the Impressionists and modern art pioneers like Matisse and Picasso are also in for a treat with two separate exhibitions at Canberra’s National Gallery of Australia and then there’s an exhibition looking at the work of much-loved Australian artist Margaret Olley. 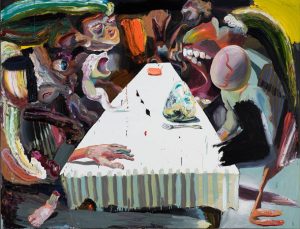 Quilty is the first major survey exhibition in a decade of one of Australias most acclaimed contemporary artists, Ben Quilty.

Archibald Prize 2011 winner Quilty is presenting his first major survey exhibition in a decade in at Art Gallery of South Australia in Adelaide until June, before the collection tours to Queensland and New South Wales.

The exhibition extends from Quiltys early reflections on the initiation rituals performed by young Australian men to his experience as an official war artist in Afghanistan and his campaign to save the lives of Bali Nine pair Andrew Chan and Myuran Sukumaran.

Quilty mentored and became a friend to Sukumaran during his years on death row, inspiring the prisoners love for art and encouraging creativity behind bars

The exhibition also includes works inspired by Quiltys visits with author Richard Flanagan to Lebanon, Lesbos and Serbia, his revisions of the Australian landscape, and intimate portraits of himself, his family and his friends. 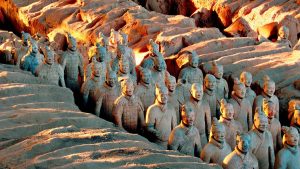 CHINA’S ancient Terracotta Warriors are to be shown alongside a parallel display of new works by contemporary artist Cai Guo-Qiang, at the National Gallery of Victoria (NGV) International next month.

They are regarded as one of the greatest archaeological finds of the twentieth century and widely described as the eighth wonder of the world.

The exhibition will feature eight warrior figures and two life-size horses from the Imperial Army, as well as two half-size replica bronze chariots, each drawn by four horses. 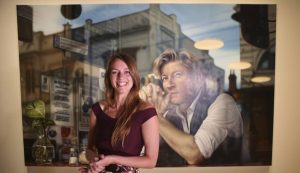 The Archibald, Wynne and Sulman Prizes is an annual exhibition eagerly anticipated by artists and audiences alike and is at the Art Gallery of NSW until September 8.

A who’s who of Australian culture, the Archibald Prize (first awarded in 1921) is Australia’s favourite art prize and awarded to the best portrait painting.

See the winners and finalists and decide which entry you think deserves a nod and vote in the People’s Choice award before voting closes on August 11.

Also check out the Wynne Prize, awarded to the best landscape painting of Australian scenery, or figure sculpture, and the Sulman Prize which is given to the best subject painting, genre painting or mural project in oil, acrylic, watercolour or mixed media.

The exhibition then goes on tour to the following galleries around Australia:

Featuring Claude Monet’s seminal painting Impression, Soleil levant (Impression, Sunrise) 1872, from which Impressionism takes its name, this exclusive exhibition brings together works from the impressionist master and other significant artists to examine the founding of the art movement.

Impression, Soleil levant, which rarely leaves the museum walls in Paris, will be coming to a newly designed exhibition space at the NGA in Canberra this winter, along with some 40 impressionist and related paintings from the Musée Marmottan Monet in Paris, London’s Tate, and Australian and New Zealand collections. 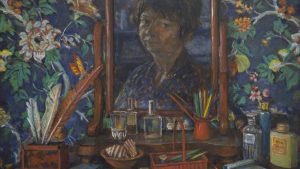 In Brisbane, A Generous Life at the Queensland Gallery of Modern Art examines the legacy and influence of much-loved Australian artist Margaret Olley (1923-2011) who spent a formative part of her career in Brisbane.

A charismatic character who made a lasting impact on many artists as a mentor and friend over several decades was also a muse for artists from William Dobell to Jeffrey Smart.

Also showing at GOMA from 29 June is ‘Quilty’. Australian artist Ben Quilty met Olley when she was a guest judge for the 2002 Brett Whiteley Travelling Art Scholarship, which he won.

Olley then became a friend and supporter of his work, and in 2011 the legendary painter sat for a portrait which won the Archibald Prize in 2011. You can see this portrait in the Olley exhibition.

This major NGA exhibition explores the rivalry between the two pioneers of modern art, Henri Matisse and Pablo Picasso. Drawn from 40 international collections, the exhibition follows the paths these two artists took over decades as they responded to the other’s work.

Tudors to Windsors traces the history of the British monarchy through the outstanding collection of the National Portrait Gallery, London. 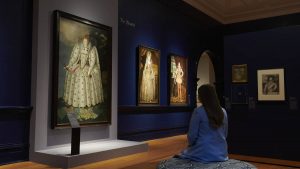 Presenting some of the most significant royal portraits, the exhibition explores five royal dynasties: the Tudors, the Stuarts, the Georgians, the Victorians and the Windsors shedding light on key figures and important historical moments.

To bring these royal figures to life, Bendigo Art Gallery has also secured key loans of historic fashion, armour and personal effects which will be featured alongside these magnificent and imposing portraits.

Described as a “celebration of contemporary Australian art” the exhibition showcases work being made across the country and abroad by artists of different generations and cultural backgrounds.

Work includes performance, site-responsive installation, painting, film and photography. There will also be artist talks, performances and workshops on offer alongside family and children’s activities and a wide variety of access programs. 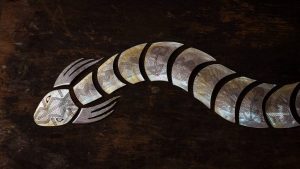 At the heart of the exhibition is a group of eight commissions. These are made by more than 40 artists from six art centres and three independent artists.

The installations range from leather cow hides and paintings in sand, ochre and acrylic to glass works and video and animation.

There’s a sand installation and video work depicting a large scale representation of Wirnpa a salt lake and creation being in artist Daniel Walbidi’s ancestral Country.

Until May 27, Art Gallery of Western Australia, www.artgallery.wa.gov.au

Mine by Simon Denny

Described as New Zealand artists Simon Denny’s “biggest exhibition yet”, Mine opens during the Dark MoFo festival in Hobart, curated by the Museum of Old and New Art.

Mona “plays mineshaft” in this exhibition taking visitors on a journey underground “into a theme park of mining, data collection and augmented reality”.

The exhibition explores not just the political and environmental significance of mining, but also the role of work and value throughout human history. It includes a giant version of a classic Australian board game, life-size replicas of machines and products used in automated mineral mining; and a human-sized Amazon worker cage, home to the proverbial canary in the coalmine.

There will also be sculptures by various artists depicting humans at work, navigating the relationship between technology, development, and human labour.

These ideas are brought to bear throughout by the fate of the endangered King Island Brown Thornbill.

Published by “The Senior”